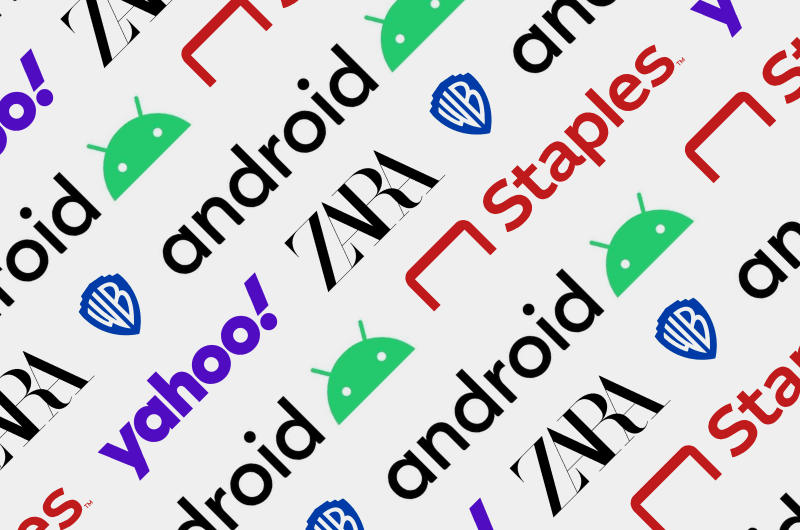 Rebranding one of the most famous entertainment companies in the world is no mean feat. So, when Warner Bros. enlisted the help of UK-based design agency Pentagram to overhaul their visual identity, they had their work cut out for them.

The iconic shield emblem has been made taller and the blue hue of the original logo has been brightened, to give a more contemporary feel. The outdated metallic elements have been removed and the WB logo is primarily used as a simplified 2D icon, although they still have a 3D variation (with shadow effects) which we imagine would work well in film or on larger scales. The “Warner Bros.” wordmark has been revamped with a custom branded typeface, that is bolder and more striking than the stuffy serif font seen in the original.

We all really like the Warner Bros. logo update that Pentagram have created. It’s a whole lot more current, feels more visually balanced and from a functionality perspective, has been much easier for them to apply across various media.

Aside from switching to a high-contrast Didone typeface, the most noticeable change is the extremely reduced kerning (spacing between characters) which for some people could be called claustrophobic.

The new design garnered a lot of criticism online, with German typographer Erik Spiekermann declaring it to be “the worst piece of type I’ve seen in years.”

As a piece of design, we can appreciate the aesthetics as a symbol or editorial piece, however with the extremely thin lines and tight lettering within the updated logo, its functionality and legibility on smaller scales was a cause for concern.

This year saw the next evolution of Android, one of the most popular operating systems across the globe. Accessibility was a driving factor in this rebrand, as the particular shade of green previously used did not pass WCAG accessibility testing.

The wordmark has been thinned out and is now always accompanied with the Android robot head, with its body having been given… the chop. Google have had fun with this little icon, with the robot providing different expressions and being able to move its antennae. The green hue has also been replaced with a brighter, neon green that leans more cool-toned than warm.

We really like the updated Android logo here at Rev 4. It gives a really techy, yet playful feel to the brand.

British design agency Pentagram worked with Yahoo! to refresh the visual identity to help portray the exuberant personality of the brand, which was released in September this year. This was the web service’s third rebrand in the past 10 years – so hopefully this one sticks.

The consistent use of the angle of the ‘Y’ and ‘!’ built the basis for a visual style that is mirrored throughout the entire brand. To compliment the modern and friendly logo, a vibrant colour palette has been used, with the only trace of the past logo being the original purple swatch.

“The word Yahoo! itself is already so it’s literally a transcription of a jubilant yodel. And we did something where we set it in the most boring typefaces we could think of,” says Pentagram’s Michael Bierut. “If you have a funny, lively name, maybe you write it in nice clear letters… as you are pronouncing it in your head, it carries the joy you had before.”

We think that the new Yahoo! logo has successfully brought the company into the present day and Pentagram have done a fantastic job creating a complete visual identity.

Earlier in the year, at its 2019 Sales Conference, Staples introduced their new logo and brand identity. The rebrand came as an attempt to alter public perception of the company simply selling printer ink and calculators, to being associated with the office environment as a whole.

The first and most notable change to the logo is the new icon. The original Staples logo had the ‘L’ formed from a bent staple – in keeping with its name, whereas the updated logo has taken that staple, opened it up, rotated it 90 degrees and moved it over to the left of the wordmark. This is where a lot of the criticism of the rebrand came from; the ambiguity generated a number of questions. Was it still a staple? A desk? Both? Some people even thought that it looked like a goal, mistaking it for a sports logo at first glance. The dated typeface has been switched out for a modern alternative and is no longer all capitalised, which has made for a much wider logo, but one that looks nice and clean nonetheless.

The icon and updated wordmark have given Staples a fresh and sophisticated image, that succeeded in broadening the notion of the company selling not only office supplies but being the go-to solution for all office needs. Although some people felt that the new logo had lost its character with the change – this one has certainly divided opinions!

If your company is in need of a revamp for 2020, get in touch to find out how we can help you with your rebrand.