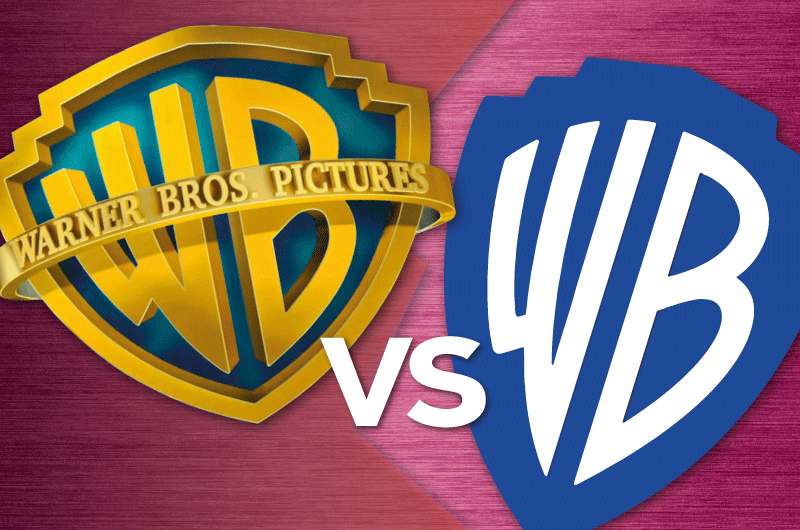 Has logo design fallen FLAT on its face?

It is a known fact that companies throughout their trading history will invest in logo design updates and rebrands, to ensure their identity remains a reflection of the society the company exists within, as well as to cater to its modern-day audience. However, the battle between staying relevant and the strong desire to experience nostalgia has left the public torn between whether they prefer logo updates or not.

Flat design is a trend that has started to make its way into the branding of many a large corporation and in response to this, people have voiced their strong opinions. Take the recent redesign of the beloved Warner Bros Pictures logo for instance; the attention on Twitter that this received included feedback such as, “this makes me a little sad”, “I’d like to report @warnerbros for the murder of a timeless, classic American logo” and “stop with this minimalist BS, detailing is good god damn it!”

Judging from the reaction to the logo update, it is apparent that it hit a lot of Warner Bros fans right in the feels. Stripping the logo back to a cleaner, sleek vector version and simplifying it, whilst casting away the old gold image that we were all so used to seeing grace our screens before the showing of a movie, popcorn in hand.

As designers, we understand from a practical perspective why the change benefits the company in several ways. Although the original WB logo, which included bevelled surfaces, faux realistic textures and complexity was at the heart of many a fond childhood memory. We know for the sake of the company, it had to move with the times.

The original application of the logo was to appear in animated film titles to promote the Warner Bros company – now, it must be used in a way that can be utilised throughout the marketing of the brand, both digitally and during print application. The new logo is a simple vector format, paying homage to the iconic shield displayed in the logo that WB have used since 1923 whilst shedding the unnecessary weight.

Pentagram, the company that worked on the new WB brand, said in the project case study, “The project updates the iconic WB shield and makes it the foundation for a comprehensive identity system.” The update of the original shield shape comes from the company using ‘the golden ratio’ to help create a composition that will draw the eyes to the important elements of the image. This ratio appears in architecture, nature, mathematics, history and art, it is believed to ensure an aesthetically pleasing visual. Pentagram wanted to keep the iconic shield elements of the old WB branding and bring it a new lease of life, whilst enhancing the ability to apply it to other platforms and not just the big screen.

Other benefactors to having a flat vector logo like the new WB include; easy scaling of the logo for digital platforms without loss of quality (this can also include the scaling of the giant WB logo onto the iconic water tower structure in the WB studios), the reduction of costs to print the logo and the ease of applying the design to other marketing materials including movie posters like below.

To tackle the backlash of negativity that the updated WB logo received, Pentagram included a version of the animated logo which portrays slightly more depth using gradients and white detailing, hoping this compromise would appease the masses. Perhaps an effective combination of an old logo and new could be the answer?

Other large companies such as Burger King and Citroen have made the switch to simplistic vector logos too. Burger King’s streamline version of their 1969 vintage logo proved to be a ‘hit’ when it came to the opinions of their audience – proving that a striking vector logo can make a lasting impression and a simplified logo isn’t always inferior. The fast food brand went a step further again and included a compact version of their new vector logo as an icon, using simple shapes to cleverly form a ‘B’, a ‘K’ and a burger all in one.

If you are embarking on your own logo design for yourself or your business, you could do a lot worse than asking Revolution Four for help. We specialise in brand development, logo creation and corporate identity across many industries.

Do you consider yourself adventurous?

The Importance Of Self Love