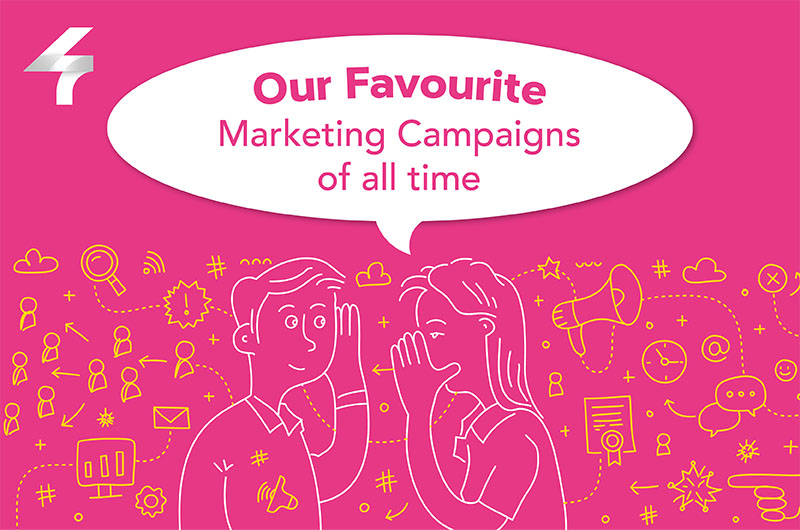 Our Favourite Marketing Campaigns of All Time

Successful marketing campaigns have the power to stir up emotions and influence us on how we think about things. They entice us to buy or sign up to a product depending on the nature of the campaign. We have seen some seriously impressive campaigns over the years, campaigns that were thought provoking, intense and downright hilarious. The Revolution Four team have banged their heads together to discuss their favourite marketing campaigns of all time. 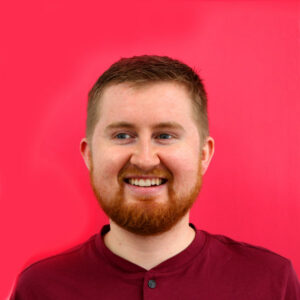 One of my favourite marketing campaigns has always been Honda’s Cog. A campaign created to reinvigorate the Honda brand and showcase their Accord model to the UK market.

Marketing is at its best when we don’t notice it and this is why Cog is so good. Wieden+Kennedy, the advertising agency hired by Honda, created a unique, interesting and captivating piece of film. It helps to shape your opinion of the company by showcasing their technical experience and precision engineering without shoving it in your face or shouting it out loud.

Dove has created many eye opening marketing campaigns over the years surrounding beauty and self-love but one campaign that resonated with me and so many others world-wide was the Reverse Selfie Campaign from April 2021 this year.

The message behind the campaign was to bring awareness of the effects that social media has on young girls in particular, retouching apps and the pressure to post the ‘perfect selfie’ and how it’s damaging their self-esteem.

The short video shows a young girl getting ready in reverse using a facial retouching app to heavily edit her already young and beautiful features. The result is that of a completely different person in the final edited picture. As I watched all of the edits the young girl had made to her selfie in reverse, revert back to her original already beautiful face, I couldn’t help but feel so sad for her. It was an eye opener to see how damaging these editing apps can be and how the media portrays ‘real beauty’.

Another message that Dove wanted to get across was having the #selfietalk. Educating our children from a young age about social media and retouching apps is extremely important. The conversation needs to be had at a young age so children are aware of unrealistic expectations of beauty and that social media is not real life. Let’s reverse the damage and celebrate real beauty.

My favourite marketing campaign was one that was so strong it developed into a whole brand identity and philosophy – Nike’s ‘Just Do It’. There are few people in this world that haven’t heard Nike’s famous slogan, ‘Just Do It’ and this is because it is one of the most successful and time-less campaigns in marketing that shaped the company into the giant it is today.

Although it now seems intrinsic to the brand, it was developed as a tagline to create unity for several sports being presented in Nike’s first major television campaign in 1988, a line that spoke to both aspiring athletes and those who just want to take up morning walking. The introduction of the ‘Just Do It’ campaign, which is now so strongly intertwined throughout Nike’s branding and is the lead mission behind all their future marketing, saw Nike sales sore from $800 million to over $2 billion.

It is embedded in the brand’s target market psychology and resonated deeply in the athletic community. The reason I love this so much is because it is one idea that is relevant over 30 years later and still embodies such a strong message to the company’s audience. Pure genius.

The Poundland Elf campaigns rolled out in December of 2018 and took the UK by storm. They uploaded many ‘naughty’ pictures of their Elvie elf, insinuating countless amounts of sexual derogatory. Bringing a light-heartedness method of advertising to their countless amounts of brands but not all found the Elvie elf rather funny.

Not long after the images hit Twitter and other social platforms, Poundland started receiving huge backlash from not only the brands within the images but their faithful customers. I personally found the images to be rather funny and in great spirit, this was coming out of a very dull year for many and provided laughter in the build up to Christmas. Even though this marketing campaign wasn’t taken lightly by many, it went on to drive record Christmas sales for Poundland of £59m. I guess Santa put Poundland on both lists that year.

Rub-a-dub-dub, three in a tub. A night of ‘selfies and chill.’ #ElfBehavingBad pic.twitter.com/C5FrrUMdJF

If you need help planning your next marketing campaign contact us to find out how we can help.