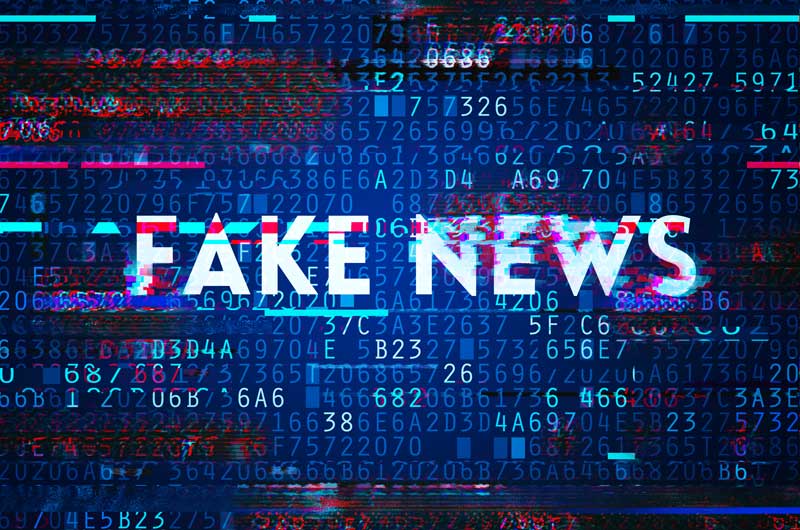 After spreading awareness of the best ways to act online in our #SocialWise campaign, we are back to offer up some advice on ways to spot fake news.

It’s like we are all living in some unorthodox movie right now, there’s fear and uncertainty in the air and unbeknown to us with every intention to not, we have a tendency, to believe everything we see. For that reason, fake news is spiralling out of control, so much so, No 10’s anti-fake news unit (yes they have an entire unit dedicated to fake news) is dealing with up to 10 false coronavirus articles a day!

When you thought, you have seen and heard about all you can about ways in which you can beat the Coronavirus, another diamond gets thrown into the mix. We have heard everything, from hand dryers beating to spreading the virus, drinking copious amounts of alcohol will keep the virus at bay right the way through to taking cocaine will keep you virus free. It’s even been rumoured that packages from China are still carrying the virus! All claims are far-fetched and in some cases, scientifically impossible but there is ‘fake news’ out there that seem legit and believable…

A message started circulating which stated that the new Nightingale Hospital are asking for children to send in rainbow pictures. FAKE NEWS!

Unfortunately, a fake Facebook account has been set up for the Nightingale Hospital London asking people to share rainbow pictures. Please be aware of misinformation and only get your information from trusted sources, like https://t.co/R3azksNgt9

US Cures Hundreds of Patients

“An article on the website WND.com that claims a US doctor cured hundreds of patients of coronavirus, despite the fact the information in the piece contradicts official guidance, received more than 160,000 Facebook engagements by UK users in a 24-hour period.” – Source: The Guardian

With people, self-isolating, more and more have been looking for fun ways to video call family and friends. This meant downloads for an app called Houseparty rocketed. It was reported that 2 million downloads came last week alone! However, news came about that since downloading the app users had been subject to hacking, where people’s Spotify and Apple Pay accounts were compromised. However, Houseparty confirmed that the app is secure and offered a $1,000,000 bounty for information on where the false rumours came from.

We are investigating indications that the recent hacking rumors were spread by a paid commercial smear campaign to harm Houseparty. We are offering a $1,000,000 bounty for the first individual to provide proof of such a campaign to bounty@houseparty.com.

What are the social media giants doing?

Twitter warned that posts with unverified claims and facts which couldn’t be backed up by science could be blocked, deleted or banned. They commented: “We will enforce this in close coordination with trusted partners, including public health authorities and governments, and continue to use and consult with information from those sources when reviewing content.”

Facebook has been putting vetted and fact checked information at the top of news feeds. This information will come from organisations such as WHO and the Centres for Disease Control, hoping this counter acts the spread of misinformation. Facebook commented:

WhatsApp reached out to different governments last month for help with providing accurate information to the public. They’ve also started working on a feature to “help empower users to find out more information about the messages they receive, that may have been forwarded many times. This feature is currently in testing, and we look forward to rolling it out soon.”

The Government and social media giants are trying to stop the spread but ultimately it’s down to us common folk to stop jumping on the band wagon and sharing the ‘news’.

So, we have decided to take it upon ourselves to put together some tips before you go sharing Karen’s ‘trusted’ voice message to all the contacts in your phone;

We should in fact, be applauding social media and messaging apps now because it is keeping us closer to our loved ones with video calling, online games, group chats etc.

We are just one click away from getting in contact with friends and family (which could become a lifeline for some people) so let’s start using social media for what’s its intended for and not to spread fake news.